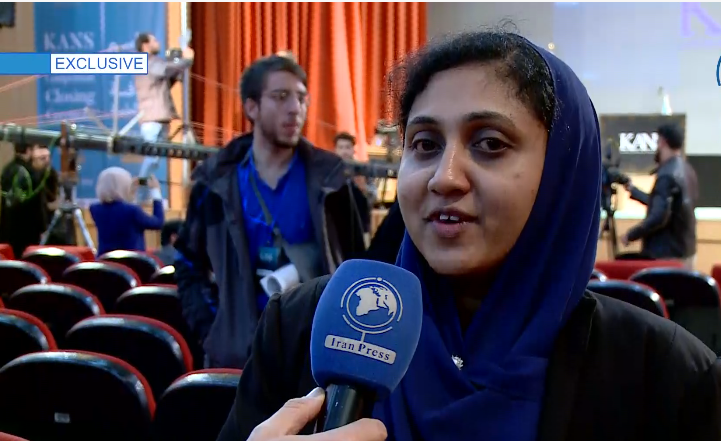 A young researcher from Malaysia “Sarova Pravina” who received an award in KANS (Knowledge Application and Notion for Society) 2018 competitions award ceremony, called the event a platform for young researchers.

Iran news/ Speaking to Iran Press reporter, a young researcher from Malaysia “Sarova Pravina” said: “the kind of award I receive here is “Honorary Diploma Award” in the “Water and Environment category”.”

She added: “In my point of view, I think such an event like what we saw here is a platform for the young researchers, so they can do more prominent researches.”

Pravina went on to say that Platform like this gives the better opportunities for young scientists.

Mustafa foundations’ KANS 2018 competitions was attended by some 1100 of the academics and university students aged under 45, all from 15 Muslim countries.

The participants have been competing with each other within 5 fields namely as Energy, Environment and water, Economics, Information Technology and heath. The winners have gained medals and Diploma of Honor.

Mustafa Prize, was launched in 2013 with the mission to promote science and technology in the Islamic world.

The Mustafa foundation seeks to encourage education and research and is set to play the pioneering role in developing regional relations between science and technology institutions working in the OIC member countries.

In 2015, the first round of the prize was held in Tehran and professors Jackie Y. Ying and Omar M. Yaghi, were the two winners of the 2015 Mustafa Prize.

The Policy Making Council of the prize, which is tasked with supervising various procedures of the event, is comprised of high-profile universities and academic centers of Organization of Islamic Cooperation member states or OIC.

The prize will be granted to the works which are deemed to have improved the human life and have made tangible and cutting-edge innovations on the boundaries of science or have presented new scientific methodology.