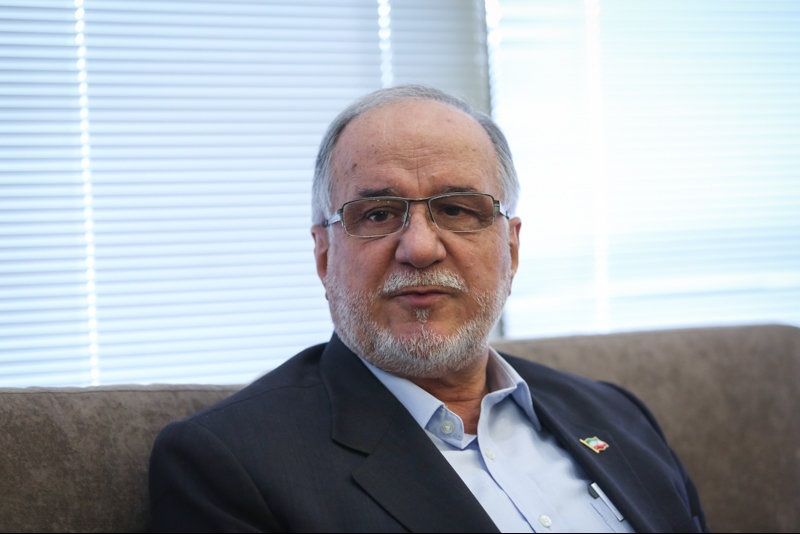 “Prof. Sohrabpour, we are on the verge of holding this great scientific competition in the Islamic world. Before talking about KANS Scientific Competition, please introduce the organizer of this competition, the Mustafa Foundation, and explain the prize that is awarded under the same name as well as the Foundation’s goals in holding such competitions.”

“Mustafa Science and Technology Foundation has been established towards facilitating synergy in collaborations, networking, accreditation and discourse between the Islamic countries in the field of science and new technologies and forming contiguous chain of knowledge and wealth. To achieve this goal, the Mustafa Prize was launched in 2012. The Mustafa Prize is an Iranian science and technology award granted every two years to top scientists and researchers in the Islamic world. This award is named after Muhammad (PBUH), the Prophet of Islam, and it is named after one of his titles, namely Mustafa, due to his special emphasis on learning sciences. The prize money and payout available to the winner amounts to 500,000.- USD, which is funded through the assets donated by Large economic and knowledge-based institutions, capital owners, or the general public interested in scientific development of the Islamic nations. The purpose of holding such scientific competitions is to establish communication between scientific centers and researchers and to strengthen the regional relations between the Islamic countries, and in the meantime, Mustafa (PBUH) Foundation is an umbrella for development and scientific and research interactions among scientists in the Islamic world.”

“Prof. Sohrabpour, what is the position of KANS Scientific Competition in the series of activities Mustafa Foundation and the Mustafa Prize? How is this scientific competition held?”

KANS Scientific Competition has been established to accomplish the scientific endeavors of the Mustafa Prize and devoting attention to the community of young Muslim students and researchers. This scientific competition is staged every two years with the participation of young scholars and researchers under the age of 45, in five selected areas. The areas selected for the second KANS Scientific Competition include Water, Environment and Energy, Health and Medicine, Information and Communication Technology, Transportation, and Economics, Banking and Financing. In the first step, after calling KANS Competition, every young researcher participates in the competition by sending five-minute videos of their innovative and practical solutions to one of the most important problems in the Islamic world. In the next step, the jury consisting of university professors and the elite in each field will review the presented videos and select three top videos and solutions in each field (fifteen top solutions totally). Eventually, on the final day of the event and after the final judging, the winners in every field are selected and the awards are granted to each one of them.”

“Prof. Sohrabpour, the previous round of KANS Scientific Competition was held in 2018. What were the achievements of previous competition for scientific development in the Islamic world, and did Mustafa Foundation succeed in achieving its goals?”

“The previous round of these competitions, which was held in 2018, was the first KANS scientific competition. In that round of KANS scientific competitions, more than 1000 projects from 15 Muslim countries participated and were judged from all across the world, including Iran, Oman, Malaysia, Pakistan, Iraq, Afghanistan, Syria, Palestine, Jordan, Tunisia, Bangladesh, Indonesia, Nigeria, Egypt and Kazakhstan. That round of the scientific competitions successfully generated a lot of enthusiasm among young Muslim scholars. We have always been trying to promote the progress of science, technology and innovation in the Islamic world through facilitating synergy in collaborations and to attract the elite from all over the world, in order to paly a leading part in the growth of science and knowledge, which make a significant contribution in serving the human community.”

“Given these details, the previous KANS Competition was a successful event. What measures have been adopted to further develop this event in the coming round?”

“There are more than 57 Islamic countries around the world, and about 20 million students study in these countries. If we add other researchers and active members of the Islamic scientific community in other countries to this number, we see that there are many people who can work to solve the problems of the nations in the Islamic world. In order to increase the motivation and develop the networking activities, we only need to take certain measures as to assist these people and unlock their hidden potentials to take a step towards solving part of the problems of the Muslims and other people around the world.

In this round of KANS Scientific Competition, we have tried to get more participation and convince more projects to partake. In addition, by accepting pavilions from other countries, efforts has been made to prepare a database of the current challenges and problems in the Islamic countries all across the world and to take steps towards solving these challenges, commercializing the ideas received, and ultimately promoting the Islamic countries through creating a suitable communication platform for the Islamic countries and young Muslim scholars.”

“Prof. Sohrabpour, can you explain more on this program? What steps have been taken to do so and has it been successful so far?”

“This event is not just a competition, but a market in the form of specialized pavilions through which scientists and innovators may find foreign customers for their ideas, pre-production prototypes, MVPs or new products. For this reason, in this round of KANS Scientific Competition, in order to make the most of the networking capacity of the elite in the Islamic world and to solve the objective problems and challenges of the participating countries, the Competition’s Secretariat has designed specialized pavilions hosted by some partner institutions. Any interested partner institution may call on one or more competition-related challenges through the Secretariat and use the capacity of the researchers in 57 Islamic countries to solve such problems. Although the host institutions of the pavilion have no obligation to award the Prize, only as pavilion hosts, each will have one representative on the Competition’s Jury.

Therefore, the international pavilions hosted by these institutions from various countries may announce their main challenges and invite young researchers and innovators from all across the Islamic countries to respond to the challenges. In other words, the pavilions are made up of applicants for innovation.”